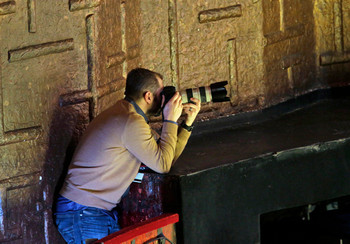 Since 2001, Cory has photographed over 400 opera and over 85 theater productions and more than 300 recitals and concerts.

Cory's work was used as art for the CDs of the recordings of Portland Opera's productions of Orphée and Galileo Galilei and his photos were also used in San Francisco Opera's HD DVD recordings of Moby Dick, Porgy & Bess, Show Boat, Mefistofele, I Capuleti E I Montecchi and Lucrezia Borgia. Most recently, his images were used as the art for the Liceu Opera Barcelona’s DVD recording of Norma.